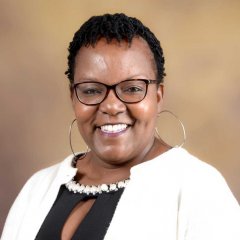 Roselyn Kigen is the founder of Intentional Parenting for a Better Life.  She is a Certified Coach from Life Forming Leadership Coaching, has an MBA from the University of Leicester UK, and is an Associate with the Chartered Institute of Management (ACIM), with an Advanced Diploma in IPM (Institute of Personal Management). She is also a certified Trainer of Trainers (TOT) in Skillful Parenting. She is currently completing studying for her Second Masters in Marriage and Family Therapy at PAC University Nairobi

Roselyn worked for BAT (British American Tobacco) for 15 years in various positions within the Marketing Department and resigned in 2007 on her own volition when she was the   Regional Manager in charge of Nairobi.  She’s been married for 23 years and has 3 children.

Roselyn has facilitated several parenting classes for the last 9 years as a lead facilitator at Mavuno Church Hill City and as an Understudy at Nairobi Chapel, using LEA, a parenting module for parents/caregivers of children between 0 to 10 years. She has received several awards, including the Innovator of the Year 2014 and has been nominated 2 years in a row as Resource Mobilizer during the Annual Fearless Award ceremony.

Roselyn has also partnered with Tanari Trust and Co-Authored the Parents ROPES Training. To date, more than 500 parents have graduated from the ParenTeen program. She is a member of PAN (Parenting Africa Network), and has been a Key Speaker to talk on in several forums both local and abroad.

Roselyn has written several monthly columns on Parenting in the East African TRUE LOVE Magazine in the Mothers Love section. She also provides commentaries in the Daily Nation and Standard newspapers. She appears as an expert guest on K24, KTN and Citizen TV talk shows. She appears on a weekly talk show, Bold Conversations, on KBC. In addition, she is invited to give talks to parents in schools such as Rusinga School, Makini, Braeburn, Fred Academy School Meru, among others. Roselyn has helped write A Guide to Better Parenting for the Rusinga Group of Schools. This is in addition to conducting sessions for small groups for parents, women and in various churches.